The ISMANAM Symposium is a multidisciplinary forum, which promotes international scientific and technological exchanges on all aspects related to Metastable, Amorphous and Nanostructured Materials.

The next ISMANAM 2018  will be held on July 2nd – 6st 2018 at the Frentani Convention Centre, in Rome, Italy, one of the most beautiful cities in the world, famous for its unique antiquities of the Roman empire, spectacular masterpieces of baroque art, grandiose squares and old charming neighbourhoods, as well as for its precious Museums and wonderful galleries. 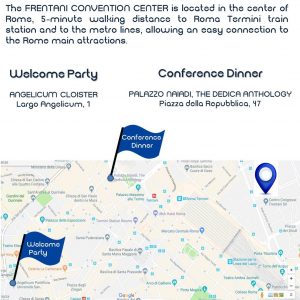 Once upon a time in Kamchatka: The extraordinary  search for natural quasicrystals

THE FINAL PROGRAMME IS NOW AVAILABLE!

The following tours are proposed […]